REVIEWING THE RESULTS AND IMPACTS OF THE UNTF PROJECT 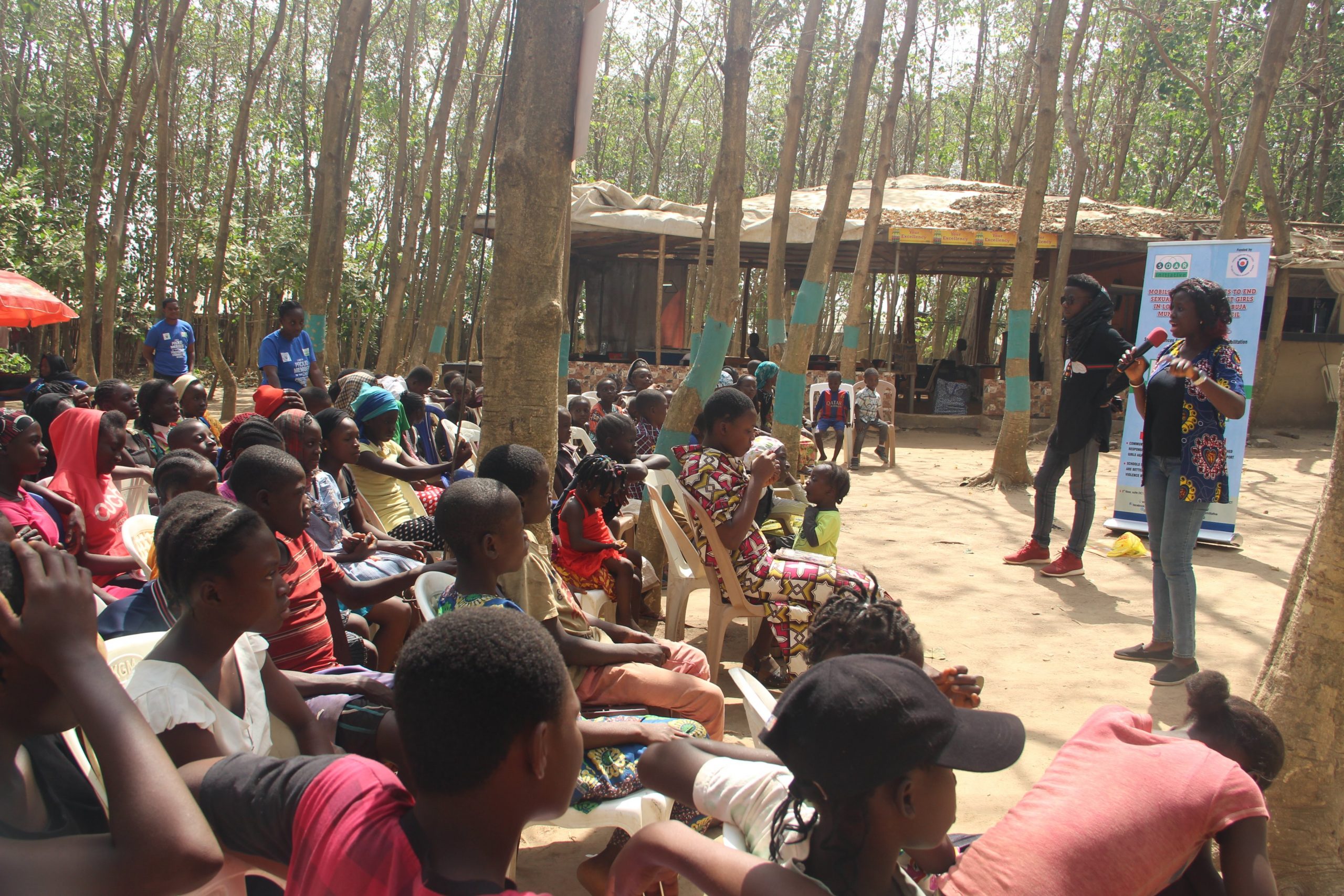 REVIEWING THE RESULTS AND IMPACTS OF THE UNTF PROJECT

To mark the close out ceremony of the Project funded by  the #UNTF funded project in mobilizing communities to End Sexual Violence against Girls in local communities of AMAC, a one day stakeholders meeting was organised to review the results and impacts of the project. This event was held at Merit House, Maitama, Abuja on the 27th of February 2019.

The event had in attendance representatives from various government agencies, Madam Rashida Apahade from FCT Education Secretariat, Mr. Kola Wole from Child and Youth Protection Foundation (CYPF), Mrs. Patience Ekeoba from UN Women ,Osude Obianuju from PLAN International, representatives from Civil Society Organisations (CSOs).
Also present were about 110 children who are part of the beneficiaries of the project, the chief of Dutse Community, Chief Ishaya Babuwa ably represented by his wife Mrs. Babuwa, the community child protection committee (CCPC) form both project communities (Wumba and Dutse Community) among others.

‘’It is a false belief to think that a girl’s life comes to an end when sexually abused. Victims of sexual abuse can still rise to the top of their ambitions against societal stigmatization. Girls should speak up and come out’’.. Mrs. Chinyere Eyoh, Executive Director of SOAR Initiative.

‘’Lack of adequate accommodation is a contributing factor towards child sexual abuse. Children are most times exposed to sexual acts by their parents who sleep in the same room with them’’. Mrs. Babuwa, wife of the Community Chief Dutse Apo Abuja.

United in one cause, we are creating a society where every child feels loved, safe and protected from all forms of sexual violence.