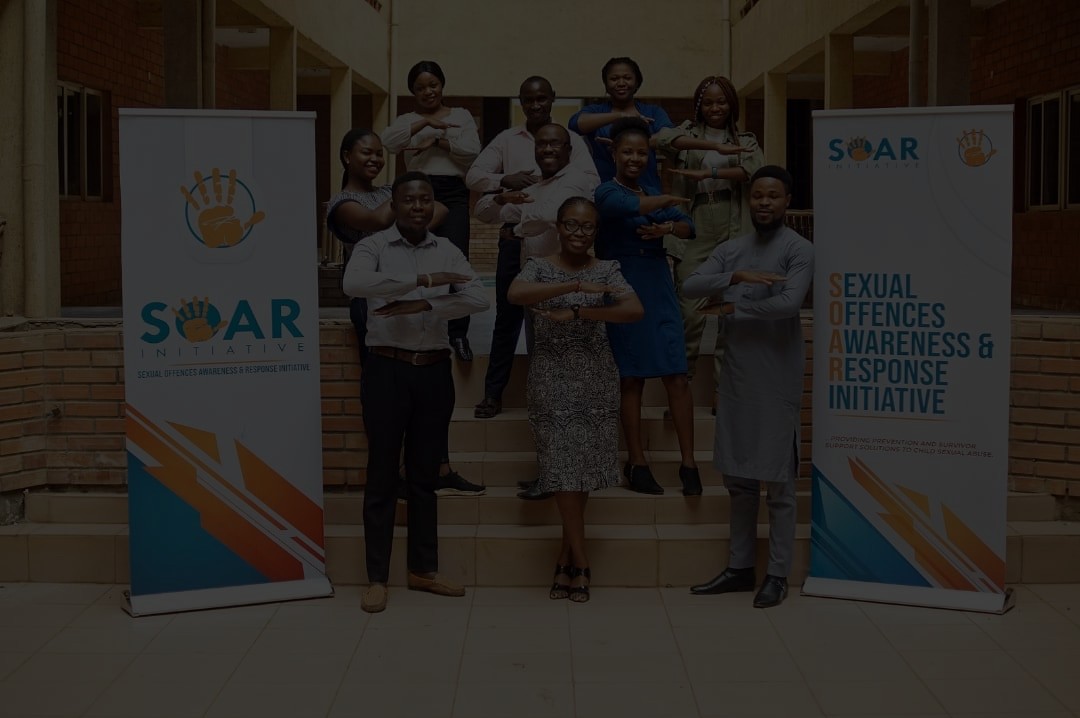 SOAR Initiative was started by its Executive Director, Mrs. Chinyere Eyoh, out of a burning desire to break the thick culture of silence surrounding Sexual Violence, especially against children.

Herself a survivor of over eight years of child sexual abuse and violence, she understands the very pain she is trying to prevent children from ever having to experience. After an encounter with God in 1993 she determined to overcome her past and help others also achieve healing, and so in 2006, in Abuja-Nigeria, she published a book on her journey to recovery titled, “When Life Just isn’t Fair”.

Together with some volunteers, Chinyere put together a seminar on “The ravages and our response to CSA”, and through media interviews granted her, awareness about its prevalence and ravages grew, especially in the North Central Region of Nigeria. With these efforts, invitations to speak on Child Sexual Abuse in schools, faith centers and conferences began pouring in and feedback from these meetings as well as from counselling sessions with victims and their families indicated the need to more strategically address this menace. So, with the support of friends and volunteers, Sexual Offences Awareness & Response Initiative a.k.a SOAR Initiative, was registered in August of 2008 as a not-for-profit, non-governmental organisation with registration number CAC/IT/NO 28927 to prevent the sexual abuse of children and provide support to victims.

Full operation however started in January 2011 with its maiden Prevention Seminar tagged, “Breaking the Silence of Child Sexual Abuse”. Since then SOAR has continued to reach countless children, Full operation however began in January 2011 and since then we have continued to work with identified stakeholders to create and ensure safe spaces, institutions and communities against sexual abuse for our children.

Self-care is not one of the things you do it is part of your life
~Mr. ThankGod Ocheho
#stressrelief
#stressmanagement
#priorities
#selfcare