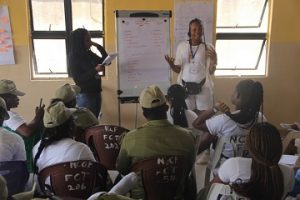 Victims hardly disclose that they have been sexually abused. Even when they do disclose, they run the risk of being accused of complicity, especially when force is not used. This is especially true in the African setting where there is also societal pressure, as well as pressure from the family to cover up the abuse. The fear of stigmatisation, rejection and labelling as spoilt goods, especially for female-child victims, further fuels this silence. The child is therefore left feeling betrayed, traumatized and suffering any of the following consequences:

Generally speaking anyone of the following may be experienced: