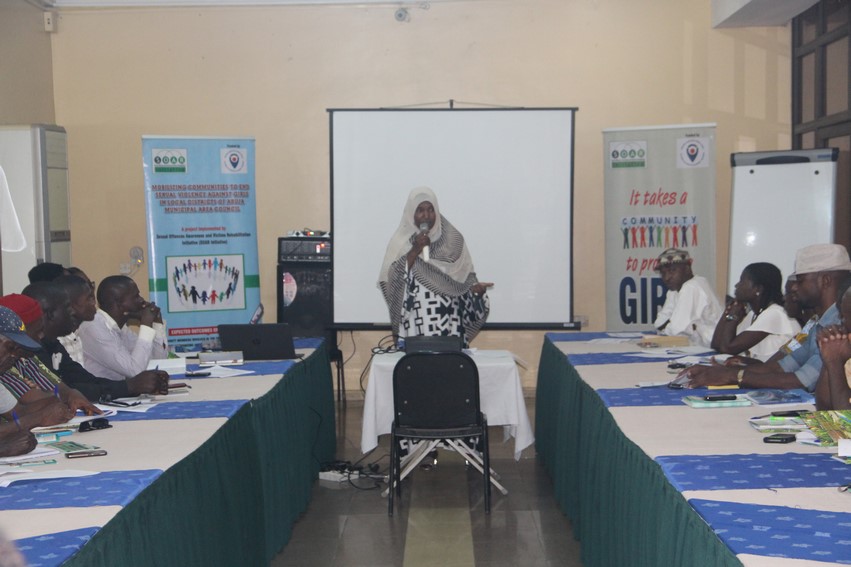 Sexual Offences Awareness and Response Initiative (SOAR Initiative) has sought the support of teachers and youth in engaging adolescent school boys to advocate and campaign against sexual violence.

This was done at a training workshop which held at Vines Hotel in Abuja as part of activities under the Engaging Adolescent Boys to End Sexual and Gender based Violence (SGBV) Project. This project is being organised with support from the International Centre for Investigative Reporting (ICIR) with funds from the Institute for War and Peace Reporting (IWPR).

The workshop focused on building participants knowledge around SGBV, gender norms/roles and unequal power relations which have been revealed as root causes for the prevalence of gender based violence.

“SGBV will end when men and boys, who have power and decision making ability tilted in their favour, play an active role in denouncing the actions of some men who commit sexual violence against women and children” stated Chinyere Eyoh, Executive Director of SOAR Initiative, while speaking at the training, on the need to involve men and boys in addressing sexual and gender based violence.

Consultant Coordinator of the University of Abuja Law Clinic, Barr Chima Madu, took participants through an interactive session on Human Rights, SGBV and the laws in Nigeria. This helped in increasing their knowledge about the content of existing laws and how these laws can be engaged in addressing SGBV.

The all-male teachers, who were from selected public and private schools in the FCT and youths, are expected to mentor and provide support for school boys who will be mobilised and empowered to advocate and campaign against this menace.

Provision for access to justice and psycho-social support has also been put in place for boys who will disclose abuse during the project.

Also in attendance at the workshop were the Deputy Director, Gender, of the FCT Education Secretariat, Ms Rashida Apahade and Ms Nafisa Kote, from the FCT Universal Basic Education Board. They both gave their support for the project and stated that it is long overdue since most intervention projects which partnered with schools against sexual violence focused on the girl-child.

Ms Apahade further encouraged the male teachers present to give their personal commitment in ensuring that schools in the FCT are violence free.