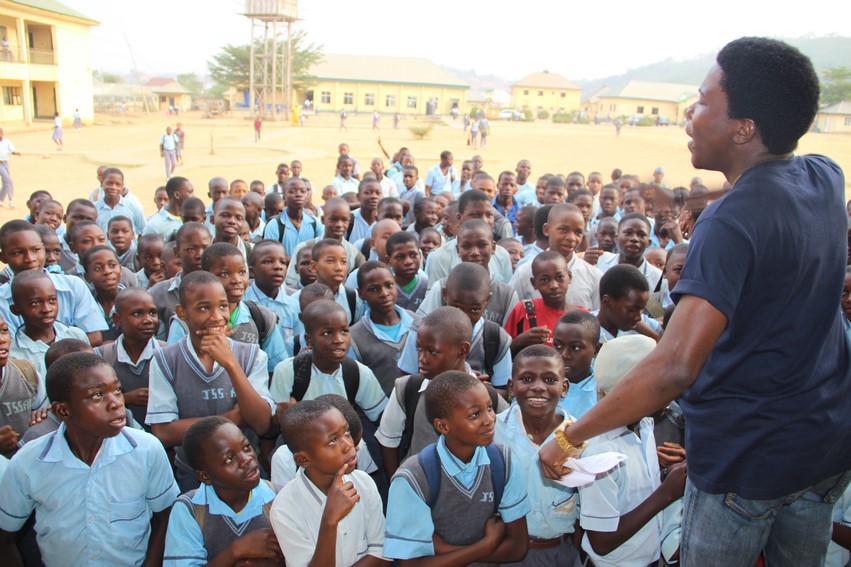 The project of, “Engaging Boys to End Sexual and Gender-based Violence” has enabled us draw attention to the viability of working with boys and men in addressing sexual violence against both girls and boys. Focus group discussions carried out, as a needs analysis with 48 boys from project schools, confirmed that sexual abuse against boys and by boys is indeed prevalent. Although it is not as reported as that of girls, it still has dire consequences and effects on the wellbeing and functionality of boys as they grow into men. We therefore carried out activities in sensitising boys on the need to speak out and stand up against this violence.

We can now say that through this pilot project, the Apo Community of the FCT now has 51 adolescent boys advocating and raising awareness against sexual violence of boys and girls in it. They had their capacities built at a two day workshop where issues of social norms and myths which encourage violence, gender inequality and rape were addressed as well as how they can address it. Following the training the boys developed action plans indicating activities they will carry out to raise awareness and encourage victims to speak out against sexual violence.  Notable amongst such activities included the establishment of Boys’ Clubs and presentations by the Advocates at Gender Assemblies holding weekly in each of their schools. 8 male counsellors/teachers were also trained to mentor the Advocates and provide supervisory and oversight functions over their activities

Thanks to ICIR and IWRP, funding on this project has enabled us show the viability of this strategy such that other funding agencies are willing to give us grants to continue our work of engaging boys to end sexual abuse against girls and boys.