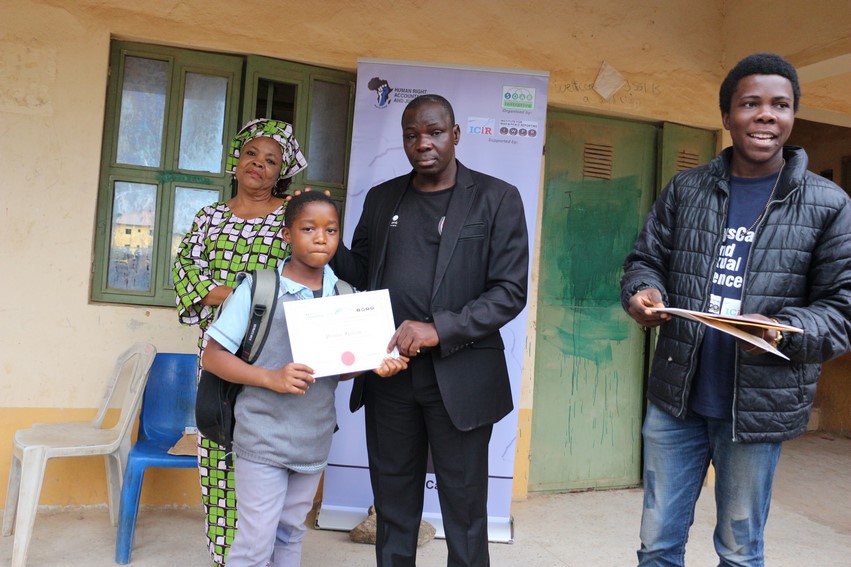 In line with the project funded by the International Center for Investigative Reporting (ICIR) with support from the Institute for War and Peace Reporting which was aimed at Engaging Adolescent boys to END Sexual and Gender Based Violence, we organised a 2-day intensive training/ workshop for the boys who indicated interest to trained as advocates against Child Sexual Abuse in their various schools.

The Boys who were filled with excitement sensitized their fellow school mates during their assembly period with spoken words, song, pictorial demonstration, drama etc.

The boys also assured the organisation and their fellow students of being active advocates.