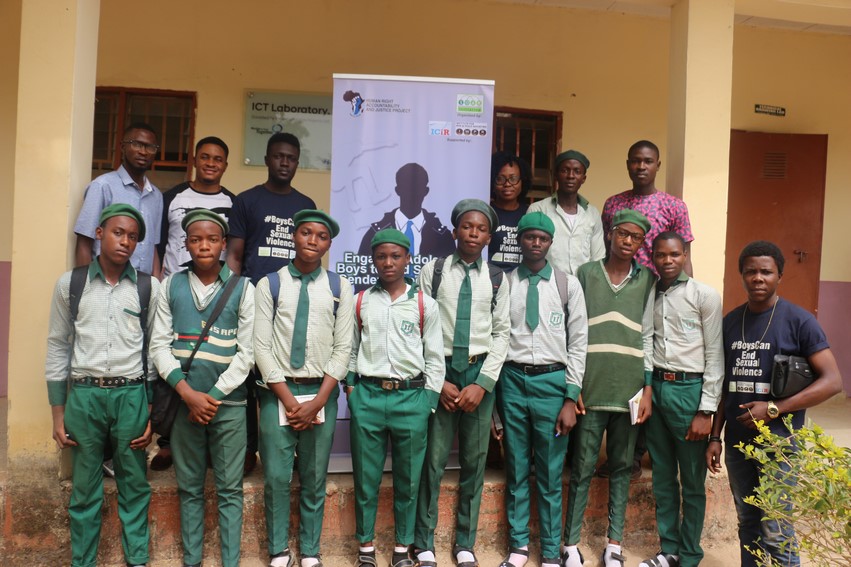 The workshop was a two-day training which was held on the 11th and 12th of February at Government Secondary School (GSS), Apo resettlement, Abuja. The workshop which is in line with the engaging adolescent boys to end sexual and gender-based violence project being funded by the International Centre for Investigative Reporting (ICIR) with support from the Institute for War and Peace Reporting (IWPR), was aimed at mobilizing and training adolescent boys as advocates to break the silence of sexual violence against boys and advocate against sexual violence of girls.

The training had about fifteen (15) boys each from the four (4) project schools as participants. The training majorly focused on engaging the boys to become advocates in ending sexual violence against boys. The training was focused on exposing and debunking the various myths surrounding the issue of child sexual abuse (CSA) so as to bring the participants to a proper and right understanding.

The workshop which was for two days was facilitated by the Executive Director of SOAR initiative Mrs. Chinyere Eyoh, who took them through series of Myths and Facts of child sexual abuse; and Barrister Chima F. Madu, Consultant Clinic Coordinator, University of Abuja Law Clinic, Gwagwalada, Abuja who talked about why boys should stay away from sexual abuse and how they can also advocate against child sexual abuse.

The International Centre for Investigative Reporting (ICIR) who was represented by Mrs. Agema Gloria from appreciated the NGO for the initiative of training the boys. She mentioned that the boys are the future of tomorrow and also admonished the boys to be advocates to end sexual and gender-based violence.

‘’ Girls have always been the focus and that boys can become ambassadors. What the girls could not achieve, the boys would be able to achieve”. Unche Joseph from Gender Unit, of the FCT Education Secretariat.